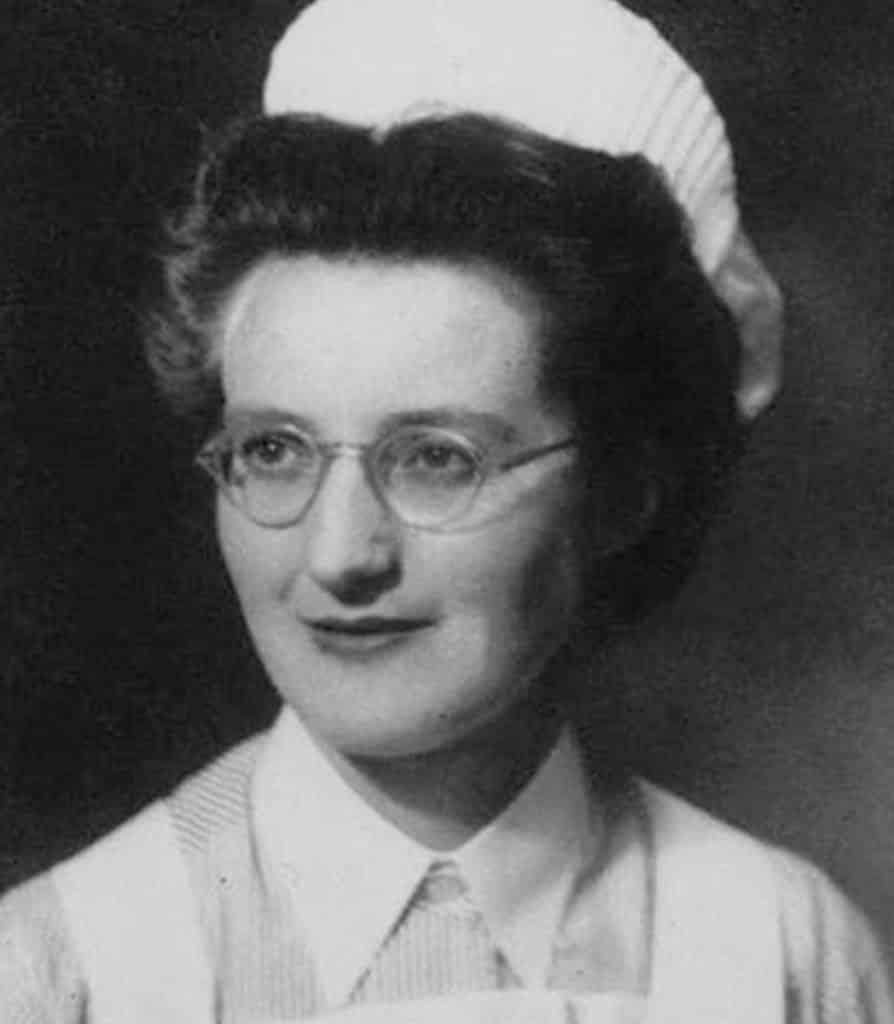 Dame Cicely Saunders was an English nurse, social worker, physician, and writer who lived from 1918 to 2005. She is most known for her role in the birth of the hospice care movement, emphasizing the importance of palliative care in modern medicine.

Born in 1918 as the oldest of three children, Saunders was educated at Roedean School and then went on to St. Anne’s College at Oxford to read PPE. When World War II intervened, she decided to study nursing at St. Thomas’ Hospital. After the war, she returned to St. Anne’s to complete her degree, receiving her diploma in Public and Social Administration.

Her interest in palliative care and pain control developed early.  From 1945 as an Almoner and then proceeding to work in hospice care as a volunteer nurse, Dame Cicely became involved with the aftercare of patients with terminal illnesses. She saw what was needed, particularly better pain control, and started planning a specialized hospice in the late 1950s.

For over 40 years, Dame Cicely led the hospice movement with tremendous drive and determination. Beginning in 1963, when she introduced the idea of specialized care for the dying to the United States in a lecture at Yale University. Just four years later, she created St. Christopher’s Hospice in the United Kingdom, which she vowed would be the first research and teaching hospice linking expert pain and symptom control, compassionate care, teaching, and clinical research; thus, pioneering the field of palliative care.

“We need one really serious research foundation to set standards for the world. Also, the hospice movement has largely concentrated on cancer; we need to look at other things, at what we can do for people with strokes and motor neurone disease. We need to go on learning so that in 10 years’ time we are doing things better than we are now.”

Thus, in 2002 in her early eighties, Dame Cicely became a Founder Trustee, and President of The Cicely Saunders Foundation (now known as Cicely Saunders International). It is the first institution in the world where researchers, practitioners, teachers, and care are brought together under one roof, creating a complete multi-professional environment.

Throughout her life, Dame Cicely lectured widely on the subject of hospice care, wrote many articles, and contributed to a great number of books. She is universally recognized as the founder of the modern hospice movement and has received many honors and awards for her work. In 1987, her work contributed also to the decision by The Royal College of Physicians to recognize Palliative Care as a new medical specialty.

She held over twenty honorary degrees from the UK and overseas. Awards include the British Medical Association Gold Medal for services to medicine, the Templeton Prize for Progress in Religion, the Onassis Prize for Services to Humanity, the Raoul Wallenberg Humanitarian Award, the Franklin D. Roosevelt Four Freedoms for Worship Medal.

Dame Cicely died in July of 2005 at St Christopher’s Hospice. A Service of Thanksgiving for her life and work was held at Westminster Abbey in March 2006 which was attended by nearly 2000 people.