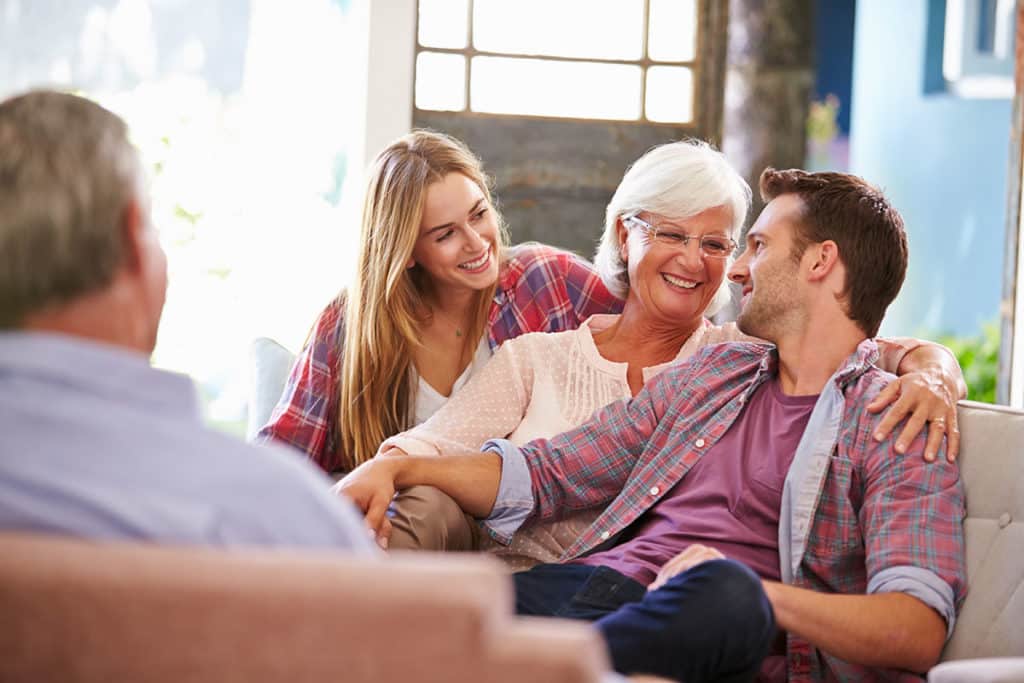 It’s not uncommon these days for families to be a blend of more than one marriage and involve stepchildren, sometimes from more than one birth mother. This can make end-of-life discussions more important before an actual illness sets in, and also it can make it more fraught with emotions and differences of opinion. This makes it important to take into account When we plan and discuss anything related to dying, death, and the aftermath it’s essential to take into account stepchildren and other relatives.

“The end of life is often a nexus where stuff that has been building for decades comes out,” says Brian Carpenter, associate professor of psychology at Washington University who studies family communication and decision making. “As we live longer and longer, relationships are becoming more complicated. Families may be ‘blended’ more than once. That kind of situation compounds the number of people that are part of the end-of-life conversation,” Carpenter adds.

Sara had watched her husband of 20 years, Liam, decline over 6 months from kidney disease. Liam’s adult children from his previous marriage did not disagree with the decision to put him in hospice and were respectful of the final months as their stepmom stayed by their father’s side each day. Sara was grateful that there was no acrimony between the family members over the decision.

The day after Liam died, as Sara was planning the funeral, and Liam’s children became vocal and insisted that their birth mother give the eulogy at his funeral. Despite years of an acrimonious relationship between Liam and his divorced wife, the children felt that since their mom and Liam had been high school sweethearts, she knew a side to him that Sara did not and so could share more meaningful memories and stories to Liam’s friends and relatives than anything Sara could say. Sara was stunned, hurt, and angry at what she considered to be an inconsiderate and inappropriate demand.

End-of-life issues, whether it’s writing a will or planning the script for a funeral, are never easy. In a blended family, these processes tend to be even more fraught, but it is doable.

“It’s never too late to talk about expectations and preferences though it’s much better to do so before people grow elderly or ill,” Carpenter warns. We all need to focus on what we (and those we love) want and what we don’t want. In blended families, more than the usual number of conversations may be needed. He has observed that families that have been “blended” a long time often find it easier to overcome differences of opinion, especially if the adult children and their stepfamilies have amicable relations.

Another thing to consider in end-of-life planning is what type of service you would like to have. Whether it’s a funeral or a memorial service, listing people you might want to speak at the service will stop any potential take-over by disagreeing step-relatives.

For example, do you still want to have a relationship with your stepfather, especially if your mother married him later in her life and you hardly knew him? When the blending has happened when family members are all older, people often don’t want to continue relationships, Carpenter observes. It’s perfectly normal, and don’t judge yourself if contact eventually diminishes to a yearly holiday card.

Bringing everyone together in a family discussion about end of life care can be difficult to wrangle in any family, not just in blended ones. So the question remains how can we even start a conversation about this? Carpenter suggests that you jump on any opportunity, such as the illness of a neighbor, the death of a family friend or an event in the news. If families cannot agree, consider a mutually acceptable third-party mediator to help you resolve issues.