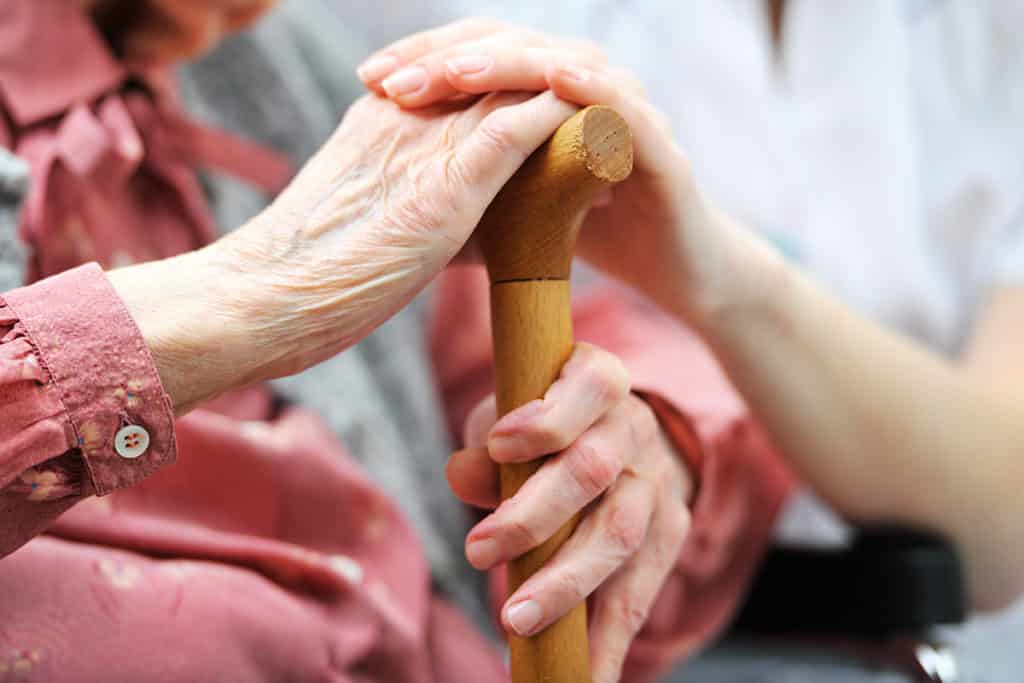 Arianna doesn’t remember the last real coherent conversation she had with her mother. Her mother suffered from dementia that seemed to rob her of her mental faculties right before Arianna’s eyes, beginning gradually over 2 years and then suddenly declining within months. She didn’t realize what was happening with the sudden receptive questions and sudden OCD-like actions.  Arianna was terrified at this change in her mother’s behavior. She was desperately trying to understand why her mother was behaving so differently and had no idea what was happening until the diagnosis but that didn’t make it any easier—it actually made it scarier.

The last coherent words her mother ever spoke to her was in the hospital after being given high doses of morphine for the neck fracture she sustained from falling off a chair. She suddenly opened her eyes, looked at Arianna, and said “You are the only one who is taking care of me,” and then she closed her eyes, never saying another word. Arianna’s mother went into hospice a few days later and died within 10 days of admittance.

Paul had just the opposite experience with his father. His parents moved to Arizona for his father’s health and the family kept in touch with weekly phone calls catching up on gardening, the weather, and how his father was feeling. Earlier on that last day, Paul’s father had just bought some new cacti and was looking forward to planting them in the yard and he was explaining about the watering system he had to install. Paul was not a gardener, but he listened and “mm-hmm”-ed at the appropriate points in the conversation, letting his mind drift a bit. The next phone call Paul got was from his mother a few days later saying his father had died.

In his blog, Stuff That Needs to Be Said, John Pavlovitz, writer, pastor, and activist from Wake Forest, North Carolina talks about the last conversation he had with his father before his father died and how he had wished he knew that was the last conversation he would have listened more intently. He muses how mundane the last conversation was and that that is how death works. “Death rarely gives us the specifics in advance,” he writes. “In fact, our last days and moments and conversations with the people we love often feel so shockingly mundane—until we see them in the rearview mirror. Then they’re breathtaking. Then they’re dramatic pivot points. Then, they’re our last goodbyes.”

Adrianna often looks back on conversations with her mom in the short time before her death and still reels from the sorrow and the feeling of still trying to figure out how it all happened so fast. She wished she could remember their last real conversation. If Paul only knew that that was going to be the last time he spoke with his father, he admits that he would have listened just a little more closely.

When we lose someone, it’s not uncommon to become more aware of the time we have left with those around us—not thinking about it in a morbid way but in a way that wakes us up to be conscious and awake to our relationships and how those ordinary moments and times you feel like you’ll have forever.

No one knows how much time we have with those who give our lives meaning, but whatever your relationship is, Pavlovitz writes “time is running out with the people who make your heart feel at home, with those who give this life meaning; with the ones you sleep next to and the ones who’ll call you on Father’s Day and the ones you argue with as you walk out the door and the ones you’re not speaking to anymore. Your last exchange may be while hurriedly escorting them to the bus stop or in an abbreviated midday text or in a screaming match followed by estrangement.”

Practice expressing honestly and clearly how you feel with kindness and trust and offer forgiveness. Make good use of your time with the people you love: the time before you say goodbye. Say the words now instead of waiting because you feel you’ll have more time to say them later—you may not.