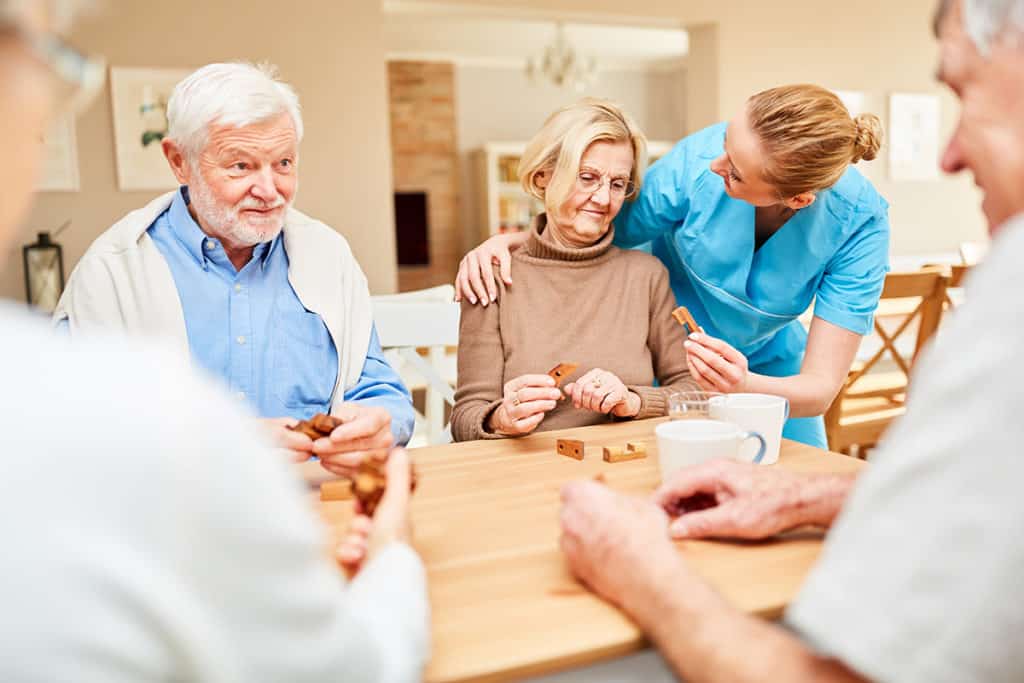 Alzheimer’s disease and other dementias have a slow progression making families unsure as to when their loved one becomes eligible for hospice by meeting the established criteria for dementia. There is a six-month prognosis eligibility requirement, which may cause a problem for some patients with advanced dementia if there are no other comorbidities present. However, having a diagnosis of dementia is not enough.

There is no specific number of symptoms a patient must exhibit to be eligible for hospice care, but the Medicare reimbursement is based on being within six months of death. There are no scans, blood tests or other scientific ways to predict when a person with dementia will die and people can linger in late-stage dementia for years. Making it more difficult, in 2013 Medicare removed the diagnosis “failure to thrive”, one of the hallmarks of late-stage dementia and what some physicians call frailty and debility, as a primary diagnosis for hospice entry. What needs to be understood is that people with dementia decline over years and years, and frailty is part of that decline.

According to the Alzheimer’s Association, in 2019 an estimated 5.8 million Americans of all ages are living with Alzheimer’s dementia. This number includes an estimated 5.6 million people age 65 and older and approximately 200,000 individuals under age 65 who have younger-onset Alzheimer’s.

Patients at a stage appropriate for hospice would need to have bowel and bladder incontinence and vocabulary of one word or less. They would need to be dependent for all activities of daily living, including walking and they need to have had a complication of their illness such as aspiration pneumonia, sepsis, pyelonephritis, stage 3 or 4 pressure ulcers, persistent fever, or significant weight loss.

The Advanced Dementia Prognostic Tool (ADEPT) was created by Susan L. Mitchell, MD, MPH, in response to Reisberg’s Functional Assessment Staging (FAST) scale, which is used as a benchmark for hospice eligibility. It offers an alternative to using the FAST criteria in trying to estimate whether a patient with dementia has a sufficient likelihood of dying in the next six months to allow hospice admission.

The study was conducted in 21 nursing homes in Boston, Massachusetts, of 606 residents with advanced dementia who were recruited between November 1, 2007, and July 30, 2009. The ability of the ADEPT score to identify nursing home residents with advanced dementia at high risk of death within 6 months was modest, although better than hospice eligibility guidelines. There is hope that doctors can use ADEPT as an additional tool to better determine hospice eligibility for dementia patients.

Hospice has been shown to help dementia patients and their families and despite its benefits, hospice has been generally underutilized for patients dying with advanced dementia. “Whatever the disease, whether it’s dementia or cancer or ALS, doctors have to have some experience in seeing how end-stage progresses, and then look at that person to see what the medical conditions are, and make a decision if they think it’s within six months of life,” said Beth Kallmyer, a vice president of the Alzheimer’s Association.

If the dementia patient doesn’t meet the eligibility criteria or is not yet ready for hospice, the support of palliative care in the home may be appropriate and a good place to pursue other options. The palliative care team works side-by-side with physicians to treat symptoms and side effects, alleviate pain, and address family questions and concerns to modify care plans for responding to predictable crises and to review the orders for life-sustaining treatment.

“The only way to overcome this challenge is to be less stringent about eligibility criteria,” Mitchell says. Another obstacle is that hospice has traditionally been used for the care of cancer patients. “There is a unique set of needs and skills required to care for dying dementia patients vs. cancer patients,” Mitchell says.

Timothy Ihrig, a palliative-care physician in Des Moines and the chief medical officer at Crossroads Hospice, agrees. “There needs to be a more realistic conversation about admission criteria for dementia,” said Ihrig.

According to an article in the Journal of Pain and Symptom Management, patients with dementia can benefit from hospice services for their end-of-life care. For most of these patients, the last year of life is one of protracted disability, and they usually succumb to infectious complications and eating difficulties. For these patients, burdensome transitions to hospital care with little evidence of clinical benefit are common. Hospice care results in more consistent pain management, lower rates of hospitalization near the end of life, and higher family perceptions of the quality of care.

In physicians’ training, little time is spent teaching medical students about neurologic disease, let alone dementia. Many physicians complete medical school as well as residency training with minimal information or understanding of dementia. “Thus, it is critical to push for more education on this subject,” Brumback says.

The Journal article goes to explain that despite a large number of baby boomers projected to develop Alzheimer’s disease, there appears to be insufficient motivation to get physicians to consider hospice as a legitimate alternative for dementia patients’ end-of-life care. To move physicians toward better and more efficient end-of-life care for dementia patients, Mitchell believes they need to be educated about the advantages of hospice. “Although it takes time, it saves time,” she says. The key is advanced care planning.

With tight budgets and significant fiscal restraints, Mitchell doubts hospice will be expanded to include patients who are expected to live beyond six months. “Even though hospice can save money, the fiscal calculations to prove this can be complicated,” she says.

Brumback believes groups such as AARP, the Alzheimer’s Association, and hospice organizations need to work together to lobby for the appropriate political solution. “By overcoming the barriers of physician education, the process of using hospice for patients with Alzheimer’s disease and other forms of dementia could be enhanced.”

Click here to learn how HCL stands apart from other hospices in our area.