At one time, the use of intravenous feeding tubes was thought to be beneficial in aiding patients with advanced dementia to stop weight loss, which typically occurs during in later stages of the illness due to loss of appetite or inability to take food orally anymore. However, the use of these feeding tubes has seen a 50 percent decline between 2000 and 2014 according to federal nursing home data.

The decline can, in part, be thanks to the research of Dr. Susan Mitchell, a geriatrician and senior scientist at the Harvard-affiliated Hebrew SeniorLife Institute for Aging Research. Dr. Mitchell conducted a study over 20 years, which clearly demonstrated that artificial feeding via a feeding tube surgically implanted in the stomach was more harmful than helpful for patients with advanced dementia.

When a patient enters late-stage dementia, loss of appetite occurs along with the inability to swallow anymore or they don’t know what to do with the food in their mouths. However, oral feeding can also be an issue when a patient tries to swallow, they can they can aspirate food particles in their lungs that can turn into pneumonia. As a result, family and physicians long held the belief that feeding tubes were the best next step in providing nutritional supplements and aiding the body in preventing further weight loss.

It can be a difficult decision for families to refuse a feeding tube for their loved one, thinking in part, that having one will prolong life but additional studies have found that this is, in fact, not true. There is no significant increase in life span between patients who have feeding tubes from those who don’t. 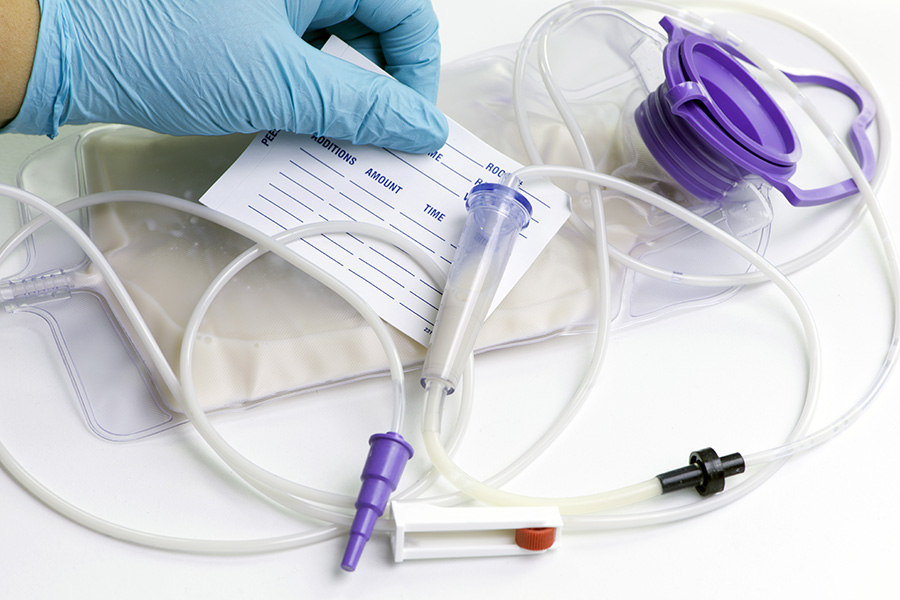 There are several other reasons behind this. In part, they are associated with increased risk of pressure ulcers and bedsores and they promote inactivity. For patients with late-stage dementia, who can no longer recognize their surroundings and most often those around them, to have an incision made and a tube could be traumatic. Furthermore, they may try pulling it out and so the patient would have to be restrained either physically or through the use of drugs.

The decrease of using feeding tubes for those experiencing this terminal disease is indicative of the shift in the focus of care of patients in hospice to aim more toward quality of life. Dr. Mitchell’s findings, published online in JAMA, further underscored this shift and were so prevailing that in 2013, the American Geriatrics Society updated its recommendations against feeding tubes for older patients with advanced dementia. In addition, the Choosing Wisely campaign, which publishes lists of procedures and tests that patients and families should question, and the Alzheimer’s Association have taken similar positions.

Though the use of feeding tubes has dropped significantly in the last twenty years, it is still popular in some nursing homes.

Differences were also found between more aggressive end of life care for black nursing home residents than white residents: 3 percent of white nursing home residents with dementia had feeding tubes inserted in 2014, compared with 17.5 percent of black residents. In both cases, there was still a drop in the number of patients that received feeding tubes but a discrepancy in the percentage of decrease is worthy to note. The reasons behind this are unclear.

Whether to use a feeding tube or not is a personal decision to make and is an aspect of medical care that should be addressed between the patient, family, and physician when a diagnosis of dementia is made. One of the keys to making this type of decision prior to palliative or hospice care to ensure quality of life is education, counseling, and research. Following the latest research and paying attention to changes enacted from that research can make a difference in a patients quality of life protocol.

The Decline of Tube Feeding for Dementia Patients

Click here to learn more about what you have to do to qualify for hospice care.

Learn about our counseling services