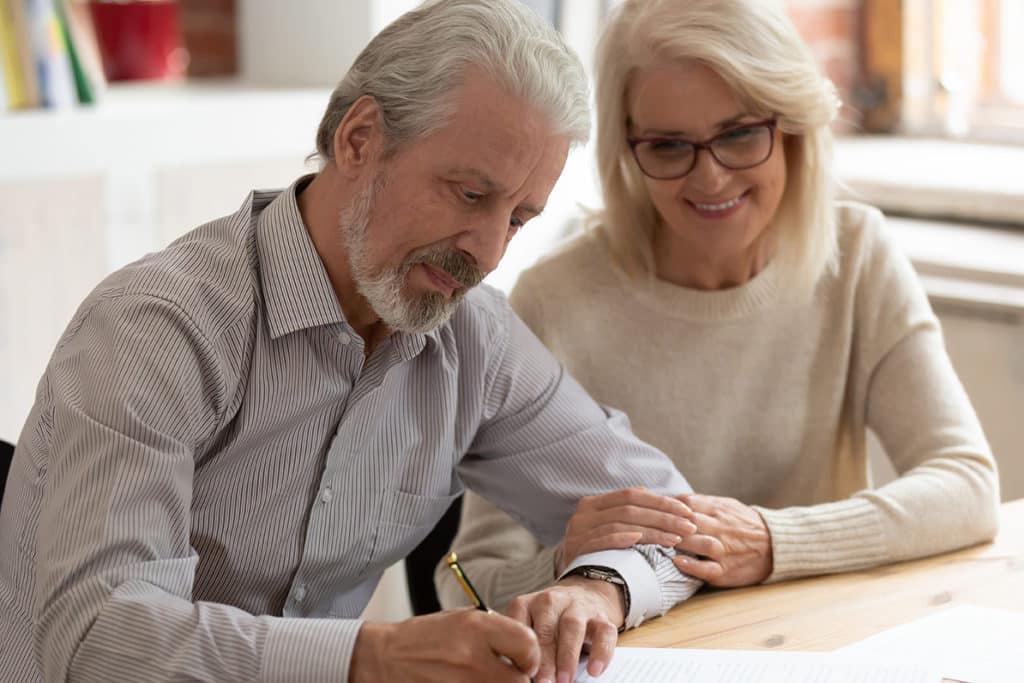 You don’t need a lawyer for this kind of will. Unlike legal wills, ethical wills are not written by lawyers, but by you. They can include for the future, apologies to those you fear you may have hurt or gratitude to those you think you have not thanked enough. Traditionally, they were letters written by parents to children to be read after death but people who do not have children address them to friends or groups. One need not be a parent or a grandparent to leave a legacy of values. These days, legacy letters may be written not only to a family member but to a friend, colleague, co‐worker or community.

But there’s an even more important reason you might want to consider a legacy letter.

According to Barry K. Baines, author of Ethical Wills: Putting Your Values on Paper, such documents can bring enormous peace of mind. Baines, who is also a hospice medical director and vice president of Celebrations of Life, a company that works with hospice and palliative care programs to help provide Legacy Journey experiences to individuals and families, offers training for hospice staff and volunteers to become certified LegacyNavigators.

The training program is designed to assist hospice and palliative care patients in completing this tangible “voice of the heart”. The result provides peace of mind to hospice patients by ensuring they will live on in the hearts and memories of their loved ones. Baines recalls one dying patient who was bereft because he felt there would be no trace of him when he left. “The first wave would wash away his footprints. That sense of hopelessness and loss was overwhelming,” says Baines. The man-rated his suffering at 10 out of 10; after he wrote his ethical will, his suffering reduced to zero.

Don’t wait until you are on your deathbed to do this, Baines warns. As soon as you articulate your values, suddenly you start to live your life more intentionally. Especially if you share it.

“Live your life as you wish to be remembered,” Baines advises. Plus, he adds, legacy letters can help with making amends, addressing regrets and healing relationships.

When you write your letter, don’t just say, “My core values are consideration, gratitude, kindness, simplicity,” advises Debby Mycroft, founder of Memories Worth Telling. “Tell a story about how you’ve lived these values. It’s okay to include regrets and family secrets, even if they hurt. If worded properly, these could bring the family to a place of acceptance and understanding, and no matter what, criticisms and judgments should be left out.

“Definitely avoid manipulation,” Mycroft advises. “Legacy letters are beautiful expressions of love and encouragement, telling other people what is so fantastic about them. I do not think they should be hands reaching up from the grave slapping you or saying, ‘I told you so.’”

Celebrations of Life published a self-reporting survey by hospice patients on seven quality of life measures they discovered from writing ethical wills/legacy letters:

Benefits of writing ethical wills are not relegated to hospice patients. Evidence has revealed a wide range of benefits for hospice staff including, gaining a deeper understanding of their patients and feeling greater job satisfaction. Volunteers gain a sense of providing meaningful activities to engage hospice patients.

If you’re not sure what to say or how you want to say it, there are several Web sites that offer guidance and samples of legacy letters and ethical wills. In addition to letters, some people make videos or record their voices so future generations can hear your voice, but technologies can become outmoded.

Once you’ve written your letter, it’s a good idea to get a second opinion on it. Baines believes writers should show their legacy letter to a trusted friend before passing it on, to avoid inadvertent errors. Your reader might say, “You mentioned your two children, but you only write about one and not the other.” That could be extremely hurtful. Think about how your letter might be received.

Is there a best time to write an ethical will? The time to write your spiritual legacy is now. You can share your letters while you’re still living or wait to have them dispensed after you die. Baines urges people to share the letters while they’re living. It might be painful, but there’s still potentially an opportunity, that will never come again after death, to mend wounds.

Click here to learn more about who pays for hospice care.