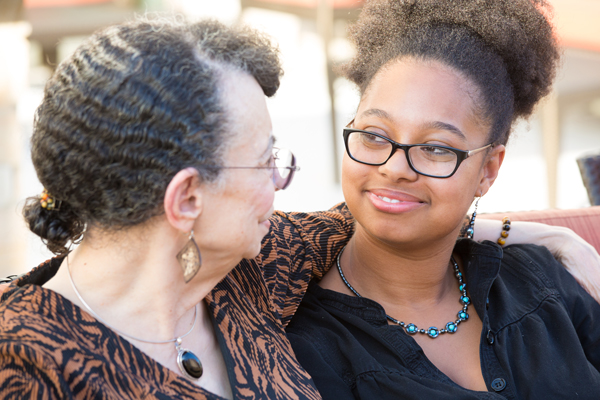 Stanford University palliative care expert, Dr. Vyjeyanthi “V.J.” Periyakoil has learned first-hand the barriers that language and cultural boundaries can have in the treatments of patients when she first began her practice as a resident of Stockton’s San Joaquin General Hospital in California. Her patients were mainly “migrant farmworkers, people with no insurance, people who didn’t want to give you too much information” because of their immigration status or their fear they couldn’t afford the treatment being prescribed.

When Dr. Periyakoil first came to the United States from India, she was able to write and read English very well but because of her accent, her patients had a difficult time understanding her, so she began focusing on enunciating each English word clearly. What she learned and came to appreciate were “nonverbal forms of expression, like a worried look that exposed a patient’s unspoken concern.” The better she was able to communicate, the more likely her patients were to follow her medical recommendations.

However, she found herself feeling that the medical advice she offered was not relevant to the patients’ lives. She wondered how do you tell someone who is already working two jobs to support her family that she needs more rest and knowing that they wouldn’t be able to as much as they needed because they still had to work. Seeing that many of her patients were immigrants like herself, she focused on becoming sensitized to cross-cultural differences while making sure she was being understood. This inspired her to look even deeper into the gaps not only between languages but knowledge of cultural differences toward health and death as well.

There are some cultures that do not speak about death and others, such as Chinese Buddhists, who believe that the soul lingers some time after the body dies. They do not touch the body or express grief because they believe that it might disrupt the passage of the soul and prevent them from coming back into a better life. A physician who is not cognizant of these beliefs can easily cross a cultural boundary albeit unintentionally, by touching a recently deceased patient or even expressing sympathy to the family who has this particular belief system.
Dr. Periyakoil felt it was an important enough of a gap to warrant educating fellow physicians and addressing these cultural sensitives by creating a free online text series focusing on 13 distinct ethnic groups. She created a Web site, http://geriatrics.stanford.edu where doctors can choose to focus on any of the following groups of multi-cultural older Americans:

She believes that contrary to conventional wisdom, most patients don’t simply want every medical intervention that may or may not prolong their lives. Overall, people want appropriate care sensitive to their quality of life, enabling them to experience their final days as fully as possible with minimal stress for their families.

A 2012 report by the California Health Care Foundation confirmed Dr. Periyakoil’s understanding of what patients hope for. Patients experiencing end of life care felt that it was of utmost importance that their families should not be burdened by the cost of the care or having to be burdened by decisions about the treatment for the patient.

They also hoped to be spiritually at peace and be without pain. These desires took precedence over living longer. The desire to “live as long as possible” was actually down at number 10 in a list of the survey’s 12 most important factors at end of life, but noted a difference among ethnic groups. Although more than half of Latinos (56 percent) rated prolonging life as their top choice, only 18 percent of Asians did so, followed by 25 percent of whites and 43 percent of African Americans.

Click here to learn more about the mission of HCL.

What is Hospice Care?