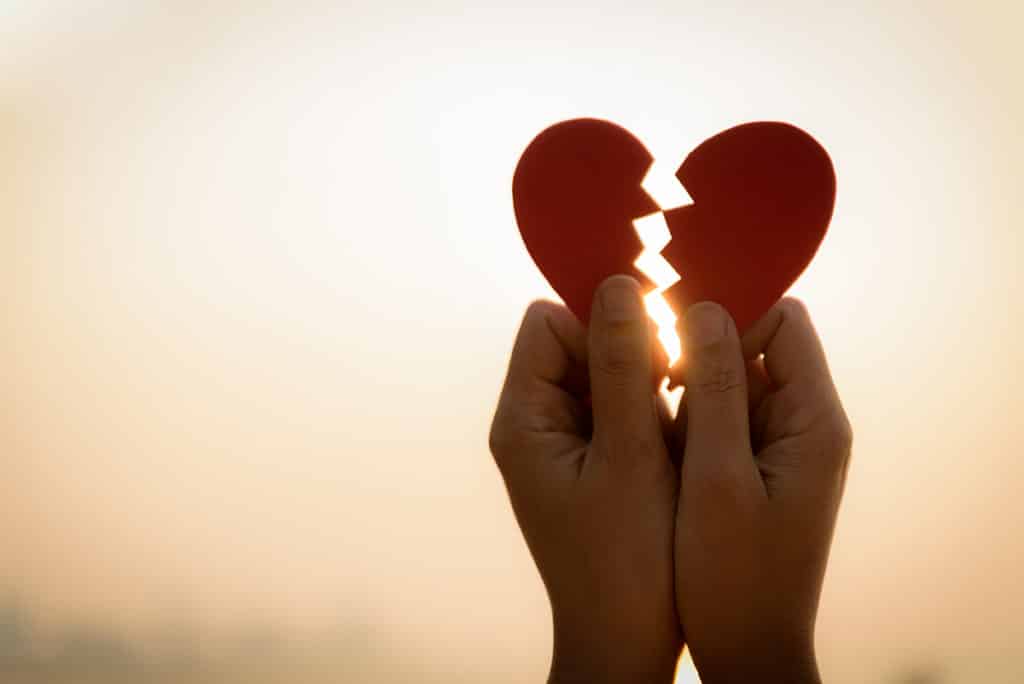 “She broke my heart”; “achy break heart”; “feeling broken-hearted”. We all know the phrases and maybe have even said them ourselves, but is there really such a thing as dying from a broken heart? Well, yes.

What was thought of for years as a myth and an expression bordering on poetic, science has discovered that dying of a broken heart is something very real and not only can happen, but has been well-documented: George H.W. Bush becoming seriously ill after the death of his wife of 73 years, Barbara; the father of fashion designer Kate Spade died a day before her funeral; and musician Johnny Cash died in 2003 four months after the death of his 73-year-old wife, June.

Typically, this is seen in couples married for over 50 years who end up dying within hours, days, or weeks of each other even if one spouse was relatively healthy when the first one died. According to the Mayo Clinic, Broken Heart Syndrome, also called Takotsubo cardiomyopathy (first described in 1990 in Japan), is a temporary heart condition that’s often brought on by stressful situations. Unlike a heart attack, which is caused by blocked arteries in the heart, broken heart syndrome is caused by an intense emotional shock like the loss of a loved one.

People with broken heart syndrome may have sudden chest pain or think they’re having a heart attack.

Women are more likely to be stricken with broken heart syndrome than men, and most people affected are over age 50. This is because an older heart cannot recover from the shock of the emotional event as quickly as a younger heart. Other factors include a history of a neurological condition or a previous or current psychiatric disorder.

As a caregiver or someone whose spouse is terminally ill and in hospice, grief can be felt throughout the duration of the patient’s illness and decline—grief over the loss of the life and person they used to be and the relationship that had. This emotionally-charged experience can have a serious effect on one’s immunity.

In 2002, a team of researchers coined the term “psychoneuroimmunology,” which is when grief suppresses the immune system, making it more likely for grieving people to get sick—ranging from a mild illness like a cold to something potentially life-threatening, such as a serious infection. The physical and emotional consequences of severe grief can take a serious toll on the body, and so when a spouse dies it is especially important to be aware of the symptoms.

As stated earlier, at first glance, symptoms mimic a heart attack, including chest pain and shortness of breath. Though studies have shown that there is a temporary disruption of your heart’s normal pumping function in one area of the heart, the remainder of the heart functions normally or with even more forceful contractions and so broken heart syndrome may be caused by the heart’s reaction to a surge of stress hormones.

The good news is that if treated quickly, patients can recover from broken heart syndrome and the recovery time is typically a few days to a few weeks as the heart cells are stunned by the emotional shock, but not permanently damaged.

Amy Florian, an educator, author, public speaker, and Founder/CEO of Corgenius, a company that teaches business professionals how to better serve clients experiencing loss, grief, and transition, offers the following suggestions on how you can help friends and family who are recently widowed:

Grief is a painful and difficult process for anyone. While there are no guarantees that you can help widow and widowers regain health and happiness, these steps ensure you are doing everything you can to support them as they struggle to build a new future that is still well worth living.

Why Elderly Couples Die Together

What is Cardiomyopathy in Adults? Is Broken Heart Syndrome Real?

Can You Die From a Broken Heart?