Each year, Hospice Care of the Lowcountry selects a special sort of person, or couple, to serve as Admiral for their largest annual fundraiser, the Yacht Hop of Hilton Head Island. These people exemplify those among us who continually give back to our community and embody grace and generosity. This year, Hospice Care of the Lowcountry has selected Billy and Brenda Watterson. Like many Hilton Head Island residents, Billy and Brenda started as visitors.

In 2017, their Lowcountry journey began when Billy and Brenda decided to make Hilton Head Island their home permanently. After vacationing in Sea Pines for many years, they finally made the leap to put down roots in the place that they loved so much. Since then, they’ve become such a special and important part of our community. 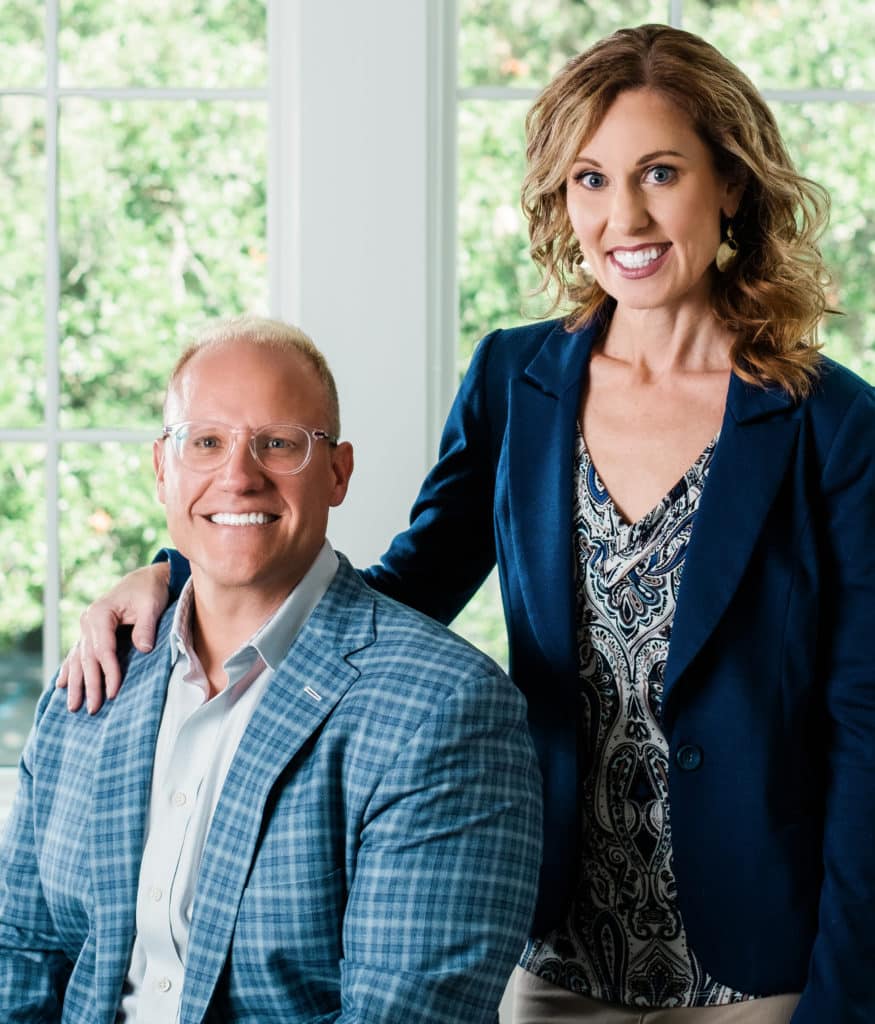 Born and raised in different parts of Ohio, Billy’s career first took him to Chicago while Brenda’s brought hers to New England. But in 2002, while waiting for a shuttle bus at the Newark airport, a chance meeting brought them together. Within eighteen months, they were married with the added blessing of a blended family. Six years later, their family grew with the addition of twins.

Their backgrounds, though different, had a significant impact on their lives, helping to shape the way they viewed themselves and others. As a scholarship recipient, Billy’s story was greatly influenced by the people who believed in him and were willing to invest in his dreams. Raised by a single mother, he and his brothers grew up in poverty, relying on government assistance and the kindness of strangers for food and shelter – the very basics of survival. But from a very young age, Billy knew he wanted more. Though he didn’t know when or how, he was determined to break free from the cycle of poverty that plagued his family. While he is a firm believer that hard work and determination can take a person a long way, he recognizes the impact that was made by strangers, both financially and relationally, in helping him gain access to opportunities that were critical to his success.

Raised in the country with two loving parents, Brenda and her sisters took things like food, safety, and security for granted, largely unaware that these were privileges not afforded to all. Growing up in the restaurant business, she understood that success requires hard work, long hours, and dedication to a dream. She carries deep gratitude for being raised in a faith-based home where the importance of compassion and generosity were not only taught but modeled.

None of us get to choose our origin story, but we do get to choose how we use it. As a self-described serial entrepreneur, Billy has been self-employed for nearly 20 years and enjoys building powerful, innovative companies with Watterson Brands. With its success, Billy and Brenda’s desire to invest in the lives of others and offer hope to those in need has also grown. In 2019, they created the Watterson Family Foundation.

Their belief in lending a helping hand to those in need is strong, making them a perfect partner with Hospice Care of the Lowcountry. We are so thankful to Billy and Brenda for being the Admirals for the 2020 Yacht Hop of Hilton Head Island!