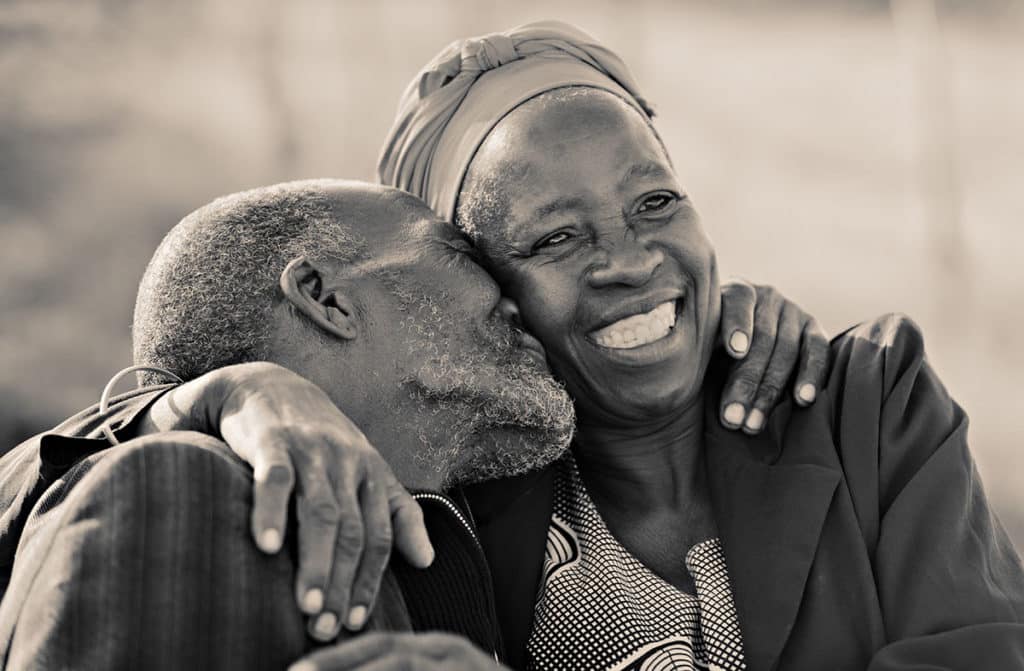 Twice already, Narseary and Vernal Harris have watched a son die. The first time — Paul, at 26 — was agonizing and frenzied, his body tethered to a machine meant to keep him alive as his sickle cell disease progressed. When the same illness ravaged Solomon, at 33, the Harrises reluctantly turned to hospice in the hope that his last days might somehow be less harrowing than his brother’s.

Their expectations were low. “They take your money,” Mrs. Harris said, describing what she had heard of hospice. “Your loved ones don’t see you anymore. You just go there and die.”

Hospice use has been growing fast in the United States as more people choose to avoid futile, often painful medical treatments in favor of palliative care and dying at home surrounded by loved ones. But the Harrises, who are African-American, belong to a demographic group that has long resisted the concept and whose suspicions remain deep-seated.

It is an attitude borne out by recent federal statistics showing that nearly half of white Medicare beneficiaries enrolled in hospice before death, compared with only a third of black patients. The racial divide is even more pronounced when it comes to advance care directives — legal documents meant to help families make life-or-death decisions that reflect a patient’s choices. Some 40 percent of whites aged 70 and over have such plans, compared with only 16 percent of blacks.

Instead, black Americans — far more so than whites — choose aggressive life-sustaining interventions, including resuscitation and mechanical ventilation, even when there is little chance of survival.

The racial gaps may widen after January 2016, when Medicare is to begin paying physicians for end-of-life counseling. In 2050, blacks and other minorities are projected to make up 42 percent of people aged 65 and over, up from 20 percent in 2000.

At the root of the resistance, researchers and black physicians say, is a toxic distrust of a health care system that once displayed “No Negroes” signs at hospitals, performed involuntary sterilizations on black women and, in an infamous Tuskegee study, purposely left hundreds of black men untreated for syphilis.

“You have people who’ve had a difficult time getting access to care throughout their lifetimes” because of poverty, lack of health insurance or difficulty finding a medical provider, said Dr. Maisha Robinson, a neurologist and palliative medicine physician at the Mayo Clinic in Jacksonville, Fla. “And then you have a physician who’s saying, ‘I think that we need to transition your mother, father, grandmother to comfort care or palliative care.’ People are skeptical of that.”

That trade-off strikes some black families, who believe they have long had to fight for quality medical care, as unfair, said Dr. Kimberly Johnson, a Duke University associate professor of medicine who has studied African-American attitudes about hospice.

Dr. Johnson said her black patients were more likely to believe there are actual religious prohibitions against limiting life-sustaining therapy, and that suffering can be redemptive, or “a test from God.” And those beliefs, she added, were “contrary to the hospice philosophy of care.”

But some doctors and clergy members are trying to use church settings to reshape the black community’s views, incorporating the topic in sermons, Bible study groups and grief and bereavement ministries.

Dr. Robinson, who is black and a daughter of Tennessee pastors, has been helping pastors develop faith-based hospice guidelines. She tells them, “God can work miracles, yes he can, but even in hospice.”

That message recently rang out from the pulpit at God Answers Prayer Ministries, an African-American church in South Los Angeles, as Bishop Gwendolyn Coates-Stone delivered a sermon on advance care planning.

“It’s such a great cost to hold on to some of those sicknesses and diseases that eventually are going to take us out,” she exclaimed into a microphone, bobbing and weaving in a swirl of royal purple robes. “Just like Jesus talked about his death and prepared his disciples for his death, we ought to be preparing our disciples for our death!

In a moment of benediction, Bishop Coates-Stone made a direct plea: “Help us Lord to have the courage to have conversations with our families,” she said, “that will also not leave them wandering and wondering, ‘What should I do in case of the death of a loved one?’ ”

“Hospice has not been a good place for African-Americans, unless you’re in a white facility and usually you’re one of few black people there,” said one woman, who along with others attending the gathering asked not to be identified in order to speak frankly.

Others in the group nodded. “It gets into money,” another woman said. “The treatment is a little bit better, but then there is still the discrimination.”

Advance directives, in particular, are often seen as sinister, a way for insurance companies to maximize profits. “If you say you want at all costs to live, and they say, ‘Well, your insurance company doesn’t allow that,’ then they’re going to pull the plug anyway,” said the host of the gathering, Loretta Jones, 73, the founder of Healthy African-American Families in Los Angeles.

To help allay those concerns, physicians need to be more explicit during end-of-life discussions, Dr. Robinson said. “We have to be much clearer about why we’re trying to have those conversations, or we’ll continue to see a pattern of people who really want life-sustaining interventions even when there’s limited potential benefit.”

Camille Wicher, the vice president for clinical operations at Roswell Park Cancer Institute in Buffalo, who has studied African-Americans’ end-of-life choices, said hospitals needed to enlist black families who have had good hospice experiences to share their stories with friends and church members.

“That’s how we learn,” she added. “We learn from each other.”

The Harrises are trying to use their experience to carry out that work.

The agony of their son Paul’s death in a hospital room informed their treatment decisions when their next son, Solomon, became gravely ill. When his doctor conceded that blood transfusions were of little help, Solomon assented to hospice care in his parents’ home. If he was going to be robbed of his future, Solomon would not, his parents decided, be robbed of a good death.

As his health failed, nurses from the hospice in Buffalo managed his pain and bathed him tenderly. A social worker helped the family grieve and counseled his young children. All the while, parishioners from his parents’ church visited Solomon, amazed to find that hospice was not the grim banishment they had envisioned.

There was even time for reflection, as Solomon wrote in a poem called “After Life.”

Solomon died a short while later, but the Harrises say his death has had a lasting effect.

“The people in our immediate circle now view hospice positively,” Mrs. Harris said. “I think our experience was powerful enough that it changed people’s attitudes.”

Mr. Harris, the pastor of Prince of Peace Temple Church of God in Christ, often evangelizes about hospice during his Sunday morning sermons, while Mrs. Harris has enlisted the wives of black pastors in Western New York, known as the First Ladies, to counter negative views about palliative care. At a recent meeting, the women discussed older church members who might benefit from hospice, and Mrs. Harris wanted to hear how parishioners in the women’s churches responded to some recent outreach.

“It really opened up people’s eyes to the negative stigma of it, feeling like, ‘I’m just putting my loved one away, and not caring for them,’ ” said Joyce Badger of Bethesda World Harvest International Church in Buffalo. “The power of knowledge that we’ve gained is really going to help our community.”

This article was produced in collaboration with Kaiser Health News, an editorially independent program of the Kaiser Family Foundation.